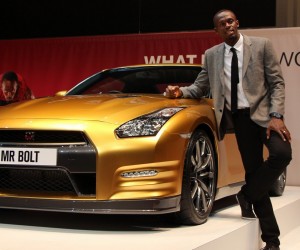 News Americas Now, New York, NY, June 19, 2014-Jamaican sprinter Usain Bolt was ranked number 45 on the 2014 edition of Forbes’ list of the 100 highest paid athletes. Bolt was ranked just ahead of NBA star Blake Griffin of the Los Angeles Clippers and behind NBA star Dirk Nowitzki of the Dallas Mavericks.

Forbes estimates that Bolt’s total earnings in the past twelve months at US$23.2 million. The star athlete has an endorsement deal with German company Puma through 2016 which reportedly earns him approximately $10 million a year.