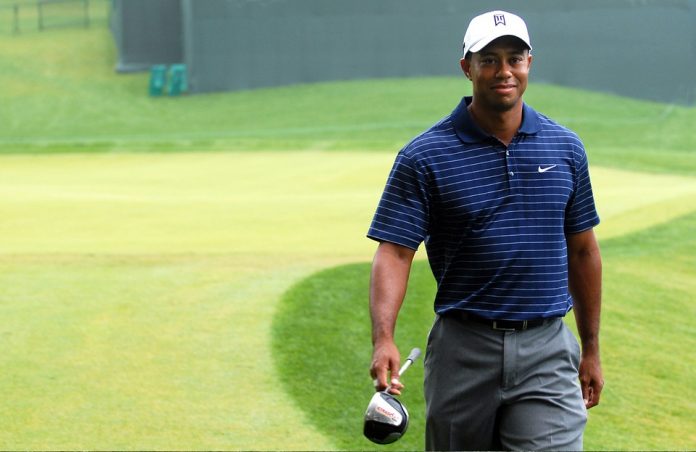 News Americas, NEW YORK, NY, Thurs. July 12, 2018: The start of the Open Championship at Carnoustie is fast approaching and already there is a lot of talk surrounding one man. That man is of course Tiger Woods and after he confirmed that he would be playing in the 147th Open, the entire golfing world has been discussing his chances of finding that magic touch once again; after a torrid time with injuries threatened to derail his career for good. He’s missed the last two Open Championships, so could he be back with a bang at Carnoustie?

There’s no denying that since his comeback Tiger has looked in great shape physically. He seems to be healthy and this has really been important as he looks to find somewhere close to his top form once again. Right now, his injury problems seem to be a thing of the past as well as with his swing looking spot on. Plus we have seen him being able to drive the ball at greater speeds than ever before, which is definitely one step on the road to success at Carnoustie.

Tiger is also hungry too. He must be desperate to become a winner and one of the most feared forces in the sport once again. So while some of the competition on the circuit may be starting to lose focus, Tiger seems more determined than ever to reproduce something similar to the form that made him one of the greatest golfers of all time.

As we head into the Open at Carnoustie, you would find it easy to make a case for possibly 13 or 14 players being in with a chance of winning the tournament. While many would select other golfers such as Dustin Johnson and Rory McIlroy, the fact that Woods is even suggested as one of the ones to watch tells you that there is a chance that he can finally come good at The Open. Testimony to this is that we have already seen reputable betting sites adjust their betting markets accordingly, with online bookmaker Unibet in the top ten to win the event outright, priced 22/1.

Tiger is a man who has a real passion for links golf and impressed during his last two outings at the Opens at Carnoustie. So, heading back there will represent a great chance for him on a course he knows well to rediscover that Midas touch. The cause for concern is that Tiger is now on a drought of over a decade when it comes to major championships and having missed the cut at Shinnecock Hills recently, it shows that while there have been signs of his former self, there is still parts missing from his game.

This has resulted in other golfers such as Dustin Johnson who is the current favorite, Justin Rose and Rory McIlroy; being preferred fancied. However, Tiger does have a chance that’s for sure, but based on his current form and majors drought, it would take something really special from Woods to win the tournament outright. Nevertheless, we can certainly expect to see a solid performance from him and who knows, he may prove everyone wrong in Carnoustie.