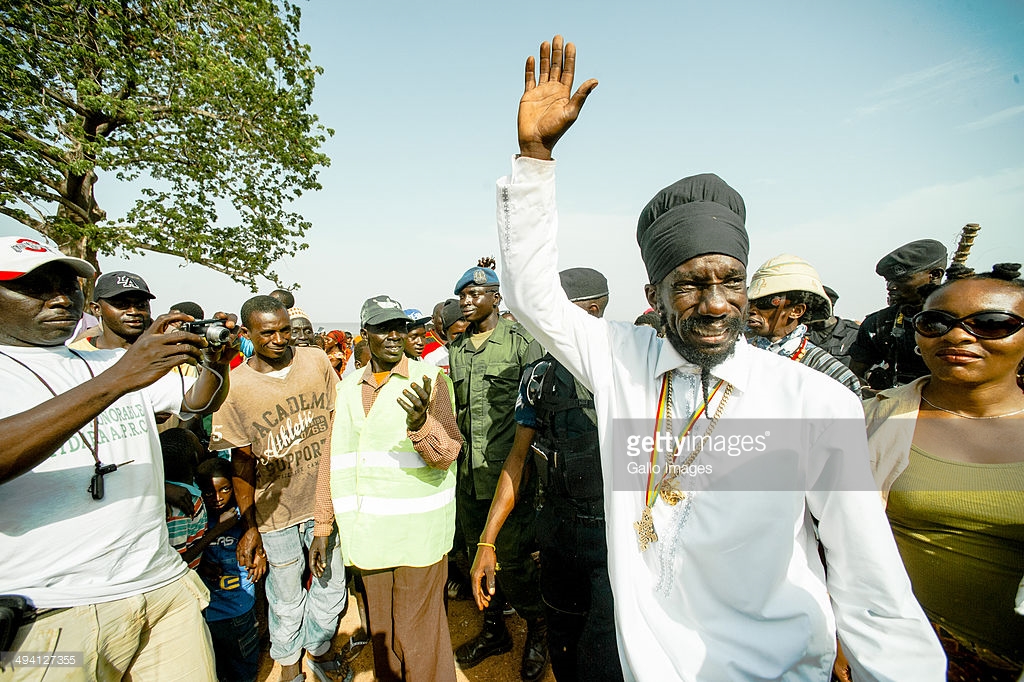 Sizzla, who closed out the show at GT Taylor Christmas Extravaganza at the Luana Sports Complex in St Elizabeth, threatened the entertainer with violence.

“LA Lewis, anytime me see yu again me ago kick yu under the throat,” Sizzla said on stage. “Some bwoy a claim dat a dem a run de place and de gal a siddung inna dem face. Hey nasty bwoy LA Lewis… a New Year a come and de youth dem a defend education…We bun out down inna throat and you get bright a shove yu face inna gal nookie.”

This was not the first time that Sizzla has attacked another dancehall artist over lewd acts or explicit lyrics. Two years ago he went after dancehall newcomer Gage for his viral “Throat” song.

Here’s Why Shaggy Is “Glad” Trump Is President

Jamaican-born reggae star, Shaggy, says he is “glad” Donald Trump is President of the United States.

The star, who is gearing up for The Shaggy Make A Difference Foundation, (SMADF), fundraiser on Saturday, January 6, 2018, told the Jamaica Observer that he sees the election of Donald Trump as president of the United States of America as a blessing in disguise.

“I am one of those persons who is glad Donald Trump is president… absolutely!,” he was quoted as saying. “It makes us realize that some of the people I thought was my really good friends, really are not. He (has) allowed a lot of people to come out of their face. Because a lot of them were really just keeping it under wraps. … So it’s good that he’s president because it has allowed a lot of people to wake up. You have not seen so many people wake up.”

The Army veteran added that the Trump’s presidency has caused black people in America to wake up to the reality of how they are really seen in that country.

“Donald Trump cause everybody to find dem yard,” he told the paper. “I fought for the United States government, did four years in the military and fought in the Gulf War; I pay taxes in America — you do not want to know the figure; and at the end of the day I am just a number — a black man. I am just a second-class citizen. That doesn’t change in America.”

The SMADF fundraiser will benefit the Bustamante Hospital for Children in Jamaica.

The two were rounding up lists of the “dopest” and most “trash” artists of 2017. While the controversial personalities disagreed on a few names, the two unanimously voted that Nicki Minaj’s year was “f**king trash.”

Charlamagne then cut in claiming Minaj had an unsuccessful musical year, because her song “No Frauds” failed to take off.

“You cannot post your accolades on Instagram every day for the year,” Budden added. “I’m gonna call you trash.”

And The Top 10 Reggae Albums Are …

The Top 10 Reggae albums for 2017 are out! According to the Billboard Reggae charts they are:

2: Falling Into Place by Rebelution

3: Lost In Paradise by Common Kings

5: Back To My Roots by IamStylezMusic

7: Live At Red Rocks by Rebelution

9: Set In Stone by Stick Figure

10: Poetry In Motion by SOJA

Who’s Who On Tropical House Cruises to Jamaica

A number of big names in the music scene are on the new 15-track compilation of Tropical House Cruises to Jamaica. The digitally released album dropped on Dec. 22nd by Contractor Music Group which is based in Ocho Rios, Jamaica under the EAE Management Group.

Those on the album are: British pop superstar Ed Sheeran, his cousin Jethro Sheeran (a.k.a. rapper/producer Alonestar), Wyclef Jean, Sean Kingston and several marquee names in Jamaican music including Sean Paul, Chronixx and Damian and Stephen Marley. The tag, ‘tropical house,’ has been used in recent years to identify pop hits influenced by Jamaican reggae/dancehall and Trinidadian soca. Sheeran is featured on two tracks with Alonestar including, “Raise ‘Em Up” and “Real Life.”

Get Ready For The Bob Marley Spider

Jamaican reggae legend Bob Marley has been dead for 36 years but continues to make news. Scientists in Australia have now named a new species of marine spider after the legend.

The species was first discovered in January 2009 when the sea along the coast of Queensland receded and revealed a population of water-adapted spiders. Researchers described the species as new to science – and were quick to associate their emergence with Marley’s 1973 song ‘High Tide Or Low Tide.’ The spiders have been listed scientifically as Desis bobmarleyi in the journal of Evolutionary Systematics.

The research was based on both male and female specimens that were spotted and collected from brain coral on the night they emerged eight years ago. Study co-author Dr Barbara Baehr said the intertidal spiders have adapted to the underwater life by hiding in barnacle shells, corals or kelp holdfast during high tide.

Clash in House over school drop-outs