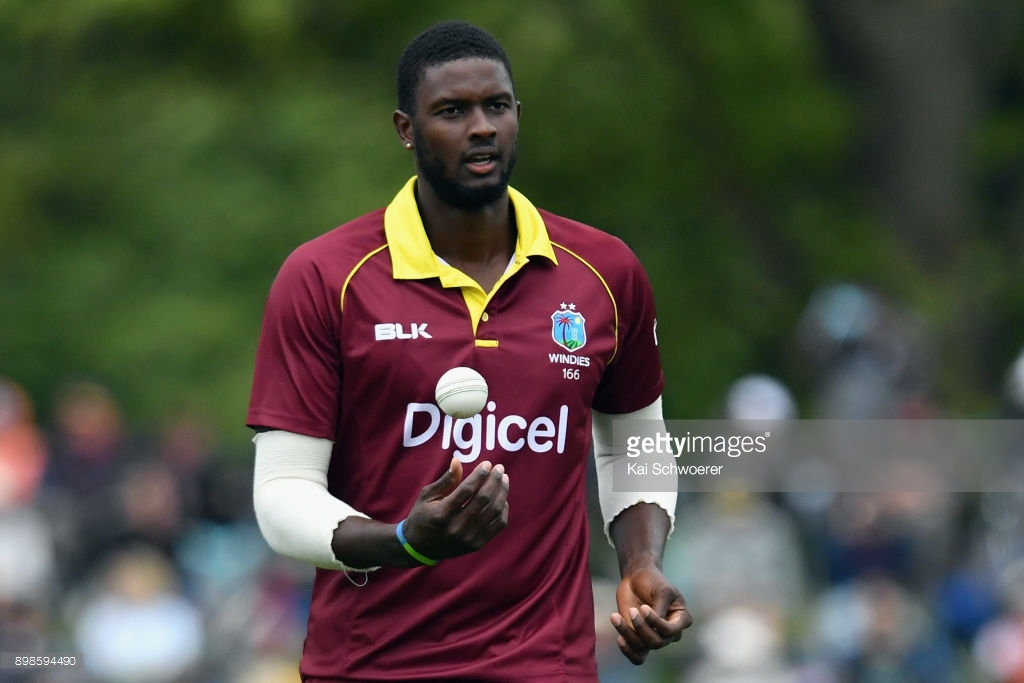 Jason Holder grabbed the number 9 spot in the test all-rounder rankings. No Windies player made the test bowling or batting ranks.

The 26-year-old Barbadian took his maiden ODI five-wicket haul (5–27) on July 2 this year, in a low scoring game against India. But he made the ICC ranks for his 233 versus Zimbabwe in February.

The beat goes on with the beleaguered West Indies Cricket team. The Windies again suffered a defeat at the hands of the Black Caps in their first Twenty20 opener. The team was beaten by 47 runs in the first of three Twenty20 internationals. The New Zealand team made 187-7, batting first after losing the toss. The West Indies batted lethargically and were all out for 140 in 19 overs.

The Windies have lost both the test and ODI series.

Jamaican Cory Burke has been signed by the Philadelphia Union in the MLS. The Kingston native will count as an international for the Union.

Burke tallied 13 caps in the last year and a half, debuting against Haiti and scoring against Guyana. Burke has been one of the best success stories at Bethlehem Steel since joining the Union’s minor league team in 2016. He scored 13 goals over 45 games in the USL, including nine in 2017.

And former Reggae Boy, Kenardo Forbes, has been signed to a one-year contract with the Pittsburgh Riverhounds. Forbes, a former USL All-League mid-fielder, is making the switch from Rochester Rhinos, who have been targeted by Pittsburgh new head coach Bob Lilley. Forbes has had 19 assists in three seasons for the Rhinos, leading all midfielders from the USL side, and was made captain last year.

The 29-year-old mid-fielder debuted for the Reggae Boyz in 2010, going on to play three games. But he fell off the radar for a spell before joining the Rhinos in 2015.

Before his debut for the Reggae Boyz, Forbes was a star in Jamaica’s Manning Cup with Bridgeport High School before going on to play for Naggo Head FC, and then Portmore United. He would end up playing for Waterhouse FC before moving overseas.

The 26-year-old was one of three West Indies players in the squad to take a title along with the flamboyant Deandra Dottin and teenaged opener Hayley Matthews.

The Jamaican Taylor is one of the premier batsmen in women’s cricket. She has scored just over 4,000 runs in 108 One-Day Internationals, (ODI), where she averages 43.

Taylor averages 37 from her 80 T20Is, which have yielded 2,474 runs. In the period under consideration, Taylor scored 266 runs at an average of 53 and currently tops the ICC T20 batting rankings.

Barbadian Dottin, meanwhile, stood out once again with her powerful middle-order hitting, with a brilliant hundred against Sri Lanka Women last October.

She is now the only woman with two T20 hundreds, following her exploits during the 2010 T20 World Cup in the Caribbean.

Her compatriot, Hayley Matthews, 19, has emerged as the leading women’s bowler and all-rounder over the past year and sits on top both rankings.

She scored 163 runs during the period under consideration while taking 10 wickets with her steady off-spin.