Jamaican musical icons, Rita Marley and Sean Paul are both set to receive national honors this October from the government of Jamaica. Sean Paul, whose given name is Sean Henriques, will be conferred with the Order of Distinction in the rank of Commander for his contribution to the global popularity and promotion of reggae music while Rita Marley has  been appointed to the Order of Jamaica for her contribution to the popularization of  Jamaican music and by extension, Brand Jamaica on the world stage and for humanitarian work through the Rita Marley Foundation. Both are among 100 who will be formally recognized at a ceremony on National Heroes Day, October 21, 2019.

Get Ready For This Marley!

Another Marley is entering the music business and is intent on blazing his own path. Hymn Marley, the son of Grammy winning singer Stephen Marley and grandson of Bob and Rita Marley, is the latest musical force to emerge from the legendary Marley clan. His new single, “You Don’t Even Love Me,” (feat. Yohan Marley), is a family affair. Released on the talented young artist’s own Hymntertainment label and distributed via the Marley family’s Tuff Gong International, “You Don’t Even Love Me,” aka “YDELM,” features Hymn’s brother Yohan as a guest vocalist over a lively reggaeton track produced by the Miami-based Julca brothers, Jonathan and David, that gives a nod to his grandmother Rita’s Cuban roots.

Born in Jamaica, Hymn now calls Miami his home. His debut EP ‘In My Head,’ is due for release in September.

International singer Maxi Priest is set to drop his new album on September 20, 2019 via S-Curve Records. ‘It All Comes Back To Love’ includes the first single, “I’m Alright (feat. Shaggy)” as well as the new remix.

The album was produced entirely by Shaggy and features special guests including Anthony Hamilton, Estelle, Bounty Killer, Inner Circle, and more. It features tracks like Free Falling, Cool Nuh (Feat. Shaggy), If I Was Your Man, It All Comes Back To Love, If I Could Change It, It’s A Summer Vibe (Feat. Bounty Killer, & Che Sav), Anything You Want (Feat. Estelle, Anthony Hamilton, Shaggy), Out In The Rain (Feat. Inner Circle), My Pillow (Feat. Shaggy), Baby Can You Love Me Slow, Hateful Celebration, Bridge You Burn and Hard As Me (Feat. Noah Powa).

Maxi Priest is the first British-born singer to graduate from the London reggae sound-system Saxon Studio International, introducing the sound of lovers’ rock to a global audience. Before joining Saxon, Maxi embraced Rastafari and served an apprenticeship with South London soundsystem Negus Negast and the legendary Jah Shaka. Throughout his entire career, Maxi has adhered to the principles of his faith by making conscious music of all kinds.

VP Records Reggae Gold compilation for 2019 has debuted at the coveted number one spot of the Billboard Reggae Charts this week. The 26th installment of the iconic compilation series was released on Friday July 26th and includes focus tracks “Paradise Plum” by new reggae songstress Naomi Cowan and “Juju” from Dancehall vixen Dovey Magnum. Other notable mainstream tracks from the past year “Hurtin Me” by Stefflon Don featuring French Montana and “Touch Down” by Stylo G featuring Nicki Minaj and Vybz Kartel make an appearance along with “One Way” by Busy Signal, “Lights Out” by Estelle, “Marijuana” by Jah Cure featuring Damian ‘Jr. Gong’ Marley, “Life” by Christopher Martin, “Guess Who” by Tarrus Riley featuring Mykal Rose, “The Unforgiven” by Alborosie featuring Raging Fyah,“Heaven” by Jah9, “Land of Sunshine” by Beres Hammond and “To See” by Queen Ifrica.

Another SummerStage weekend in NYC is here. Tomorrow, Saturday, August 10, from 6-10 p.m., will mark the 40th anniversary of the City Parks Foundation SummerStage in Central Park New York.

VP Records will be part of the free reggae concert component that will be hosted by Pat McKay and Dubbmaster Chris. This year’s performers will include Elephant Man, whose 2003 hit “Pon di River, Pon di Bank” and collaborations with Wyclef Jean and Busta Rhymes helped further blur the lines between dancehall and hip hop; Junior Reid, the former Black Uhuru vocalist whose 1989 classic “One Blood” has spawned countless remakes and interpolations; Estelle, the genre-bending, Grammy-winning English singer best known for her Kanye West collaboration “American Boy” and now has her own album, Lover’s Rock, VP Records and Raging Fyah, a Grammy-nominated five-piece band from Kingston, Jamaica that makes music bound to the roots rock reggae tradition. For more information, visit SummerStage.org. 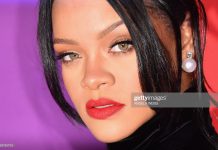