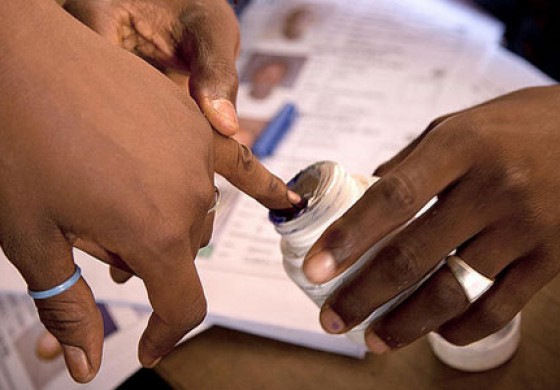 The PPP, which had originally indicated its intention to contest the elections, set for May 24th, has now announced it has not been able to get candidates to contest all the 30 seats and as such will be opting out.

“We are going to miss this election simply because the recruitment process is not complete as yet,” said PPP leader and founder, Charles “Spice” Lewis. “I am still searching for candidates to represent us throughout most of the constituencies, so it won’t be happening this election for sure.”

Lewis told the online publication, Barbados TODAY, that while several people had expressed an interest in representing the party at the election, the majority had failed to meet the required standard.

“Persons who wish to join the PPP must have a genuine interest in improving Barbados’ social and economics; be willing to change the political status quo; have a business and entrepreneurial mindset; and must be in favor of legalizing, decriminalizing or regulating prostitution and other adult industry activities,” he explained.

Lewis, a well-known player in Barbados adult entertainment industry, had in March this year, emerged as the campaign manager for retired prostitute, Natlee Harewood, who will be contesting the City of Bridgetown constituency as an independent candidate.

However, the two parted ways when Lewis launched the PPP to contest the election against the ruling Democratic Labor Party (DLP), and opposition Barbados Labor Party (BLP).

The announcement was welcomed by Opposition Leader, Mia Mottley of the BLP, who just a few days earlier wrote Stuart urging him to announce the delayed polls as “as a matter of urgency.”

“The Barbados Labor Party is ready, and the country is ready,” she commented. “Indeed, we have been ready for the past 18 months, we are conscious that our country stands at a cross roads and Barbadians will have to make a serious decision about our country on May 24th.”

In the last general election of 2013, the ruling Democratic Labor Party (DLP), won 16 of the 30 parliamentary seats, with the remainder going to the BLP.

Haitians Are Seeking Safety From Gangs In Gymnasiums