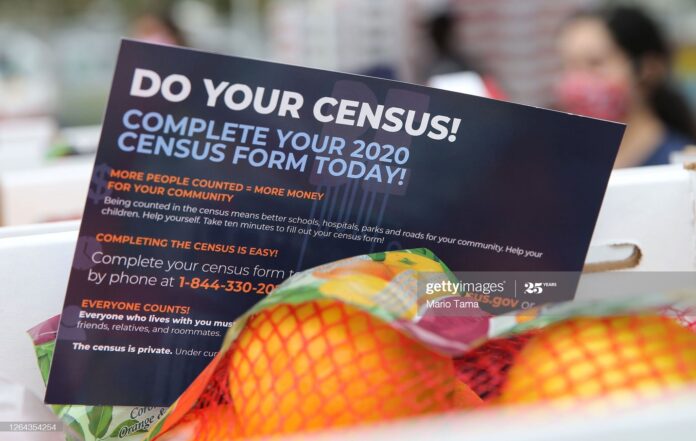 News Americas, NEW YORK, NY, Fri. Aug. 21, 2020: As the countdown begins to the November 3, 2020 elections and the end of Census 2020, on Sept. 30, 2020, a News Americas analysis shows that in majority minority congressional districts in Florida and New York City, represented by all Black representatives, the response rate is still way behind.

While the focus has been on Black Lives Matter and the issues affecting black people in the US, the serious impact of a low response from the black community in the 2020 Census has slithered not only to the back burner, but off the stove.

The response rate is now just over 56 percent while the city’s overall response rate is closer to 60 percent. The Brooklyn, NY district is home to 52.7% blacks, of which a large percentage are West Indians.

The response rate was even lower, at 52 percent.  That Brooklyn district is also majority black with the black population put at 53.43 percent and comprising a large number of Caribbean Americans as well.

Home to a large percentage of Caribbean immigrants and African Americans, the Census response rate to date is almost 53 percent as well, lower than the city’s average of about 57 percent.

Home to some 53 percent blacks, the Census response rate is also below the state’s average of 60.7 percent, coming in at almost 57.1 percent.

Home to some 53 percent blacks including Caribbean Americans, the response rate also lags behind the state’s average total, coming in at 58.2 percent.

Carib ID, the movement founded by Felicia Persaud to get Caribbean nationals to self-identify origin on Census forms, called it disheartening.

“This is serious and it’s about the next decade of our lives and somehow many in our community still have not gotten that,” said Persaud. “We can protest alright and vote, but we have to stand up and be counted as well, otherwise we are leaving millions in dollars at the table and crying after the fact won’t help. The power is literally in our hands.”

Census results shape the future of communities, as census data informs how billions of dollars in federal funds are distributed for health clinics, school lunch programs, disaster recovery initiatives, and other critical programs and services for the next 10 years.

Take the Census now by clicking this link.

YOU MAKE LIKE: A Soca And Reggae Singer Have A Significant Message For Caribbean Americans