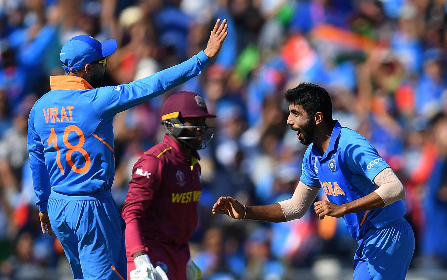 News Americas, NEW YORK, NY, Fri. June 3, 2022: It will be the thriller in South Florida for US cricket fans this August as the West Indies face-off with Indiain Lauderhill, Florida.

India will tour the Caribbean and feature in three ODIs and five T20Is from July 23rd to August 7th.

Cricket fans will be able to see the final two T20s at the Central Broward County Stadium on August 6th and 7th.

The first T20I in the Windies versus India clash will be held at the Brian Lara Stadium, Port of Spain, Trinidad on July 29th and be followed by two games at St Kitt’s Warner Park on August 1st and 2nd respectively.

Prior to the Indians arrival, the West Indies cricket squad will face Bangladesh from June 16th to July 16th for two Tests, three ODIs and three T20Is. Bangladesh will take on West Indies in tests in Antigua and St Lucia from June 16-28th, before clashing in the first two T20 Internationals at Windsor Park in Dominica on July 2nd and 3rd, the venue hosting international cricket for the first time in five years since the damage wreaked by Hurricanes Irma and Maria.

The final T20I is scheduled for July 7th at the Guyana National Stadium which will also host all three ODIs from July 10th-16th.

New Zealand will then clash with West Indies in a three-match T20I and ODI series from August 10th -21st, to round out 30 match days of cricket across three months.

West Indies’ long summer will wind up when they face the Black Caps in three T20s from August 10-14th at Sabina Park in Jamaica, followed by three ODIs under lights at Kensington Oval in Barbados from August 17th-21st.

All nine ODIs form part of the ICC Super League, the qualifier for next year’s World Cup in India.