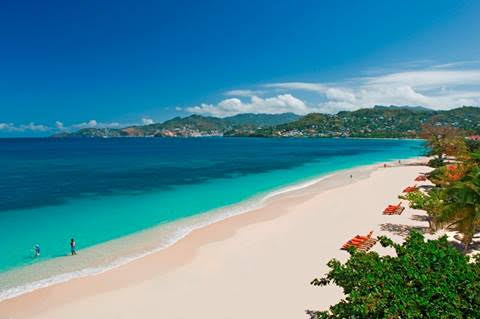 The acting secretary general of the Caribbean Tourism Organization, Neil Walters, is urging countries to expand and offer more than just ‘sun, sea and sand’ tourism.

The Caribbean nations you should exercise caution if travelling to according to the US are: The Bahamas, Jamaica, Belize, The DR, Cuba, T&T and Turks and Caicos.

An Indiana man who fell into a dormant St. Kitts volcano on july 22nd is now back in the US after a week of hospitalization on the island.

Puerto Rico lost an estimated USD 1.5 million in recent days following the cancellation of three major cruise liners on the heels of protests.

Mustique is reportedly playing hosts to Royals Prince William Kate Middleton and their three children who are on vacation their.

Bajans including Rihanna and tourists alike are counting down to the annual crop over festivities, set to conclude with Grand Kadooment Day on August 5th.

South West Is offering fares of $69 each way to the Bahamas from Fort Lauderdale this September and October.

And Martinique is readying for the Tour des Yoles which gets underway on July 28 in Francois on the east coast and winds up in the fishing village of Robert on Aug. 4.