Canada is warning its nationals for another week to avoid all non-essential travel to Haiti as violent protests continue there.

There has been a 13% increase in policies purchased that specifically include hurricane coverage for travelers headed to top Caribbean destinations according to new data from Squaremouth.

Get ready for the new Coco Beach Club on CocoCay in the Bahamas, which will officially be open for business during a stop on a Royal Caribbean cruise on January 31, 2020.

While The Bahamas was impacted by Hurricane Dorian in September of this year, Squaremouth reports still show a 16% increase in trips to The Bahamas booked after September 1.

Aruba’s Boardwalk boutique hotel has reopened its doors following a significant expansion project that resulted in 32 new “casitas” on the grounds of a former coconut plantation called Plantage Tromp.

Award-Winning Boutique Resort Secret Bay, has Become The First Dominica Hotel and Just the Eighth in the Caribbean to be Accepted to Relais & Châteaux, the internationally acclaimed, elite group of curated hotels.

And More than a dozen hotels on the Caribbean island of Saint Lucia have teamed up to create Cyber Monday deals. Travel dates and booking windows vary by hotel and can be found on the Saint Lucia Cyber Monday specials page at stlucia.org/en/specials/cyber-monday-specials 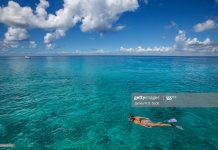 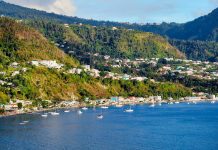 10 Surreal Islands Of The Caribbean To Visit In 2020

14 Donors Who Pledged A Million And Up To The Caribbean