Home Immigration It’s A Month To Celebrate Caribbean Immigrants But Who Really Cares? 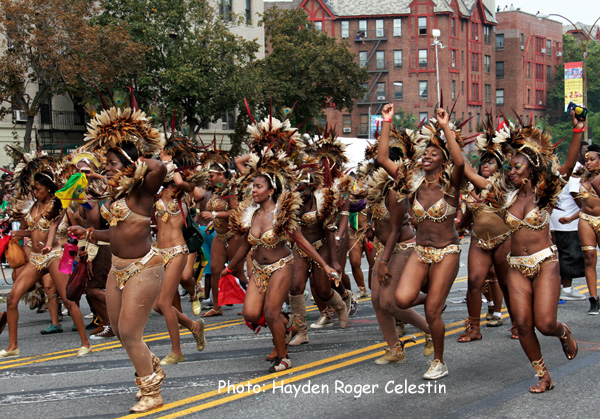 News Americas, MIAMI, FL, Fri. June 8, 2018: Since 2006, every US President since George W. Bush has been declaring June as National Caribbean American Heritage Month, (NCAHM), in the United States.

The month, which is supposed to celebrate the legacy of the millions of Caribbean immigrants in the US today as well as those of Caribbean heritage now and those of the past, was sponsored and promoted through the US House by Congresswoman Barbara Lee in 2005.

In 2006, it was passed by the U.S. Senate, culminating a two-year lobbying effort to recognize the significance of Caribbean people and their descendants in the history and culture of these United States.

On June 6, 2006, the first NCAHM was proclaimed by then President, George W. Bush. That was 12 years ago, and every year since, including this June 2018, June has been declared NCAHM.

Regardless of how anti-immigration Donald Trump is, you must give him some credit for declaring June NCAHM for a second year in a row.

Not that it has gone beyond that at the federal level. In fact, while the U.S. State Department was quick to tweet about #PrideDay, which is also in June, not a word was mentioned about NCAHM.

On Friday June 1, 2018, #PrideDay trended on Twitter while the mentions for NCAHM were few and far between.

Even in cities where Caribbean immigrants predominate, especially in New York and South Florida, there was not a single mention on the mainstream media outlets in those cities.

Not a single press release either from the many Caribbean and Caribbean American elected officials across the country – and there are many – from the federal level to the city level.

In South Florida alone, there are numerous elected officials at the city and state levels – from mayors to commissioners to state senators, but nothing on NCAHM.

Nothing either from the many companies’ Caribbean nationals love to support to show they have arrived and achieved the American Dream, including Mercedes Benz and BMW.

And not a word either from the many Caribbean roots media personalities across the US including those on mainstream US TV; the comedians with the huge followers on social media and the dancehall promoters, whose sole purpose in life it seems is to throw a good party while tweeting the most outrageous videos of nearly-naked women wining, twerking and stimulating sex.

Hardly a word also from the hundreds of so-called organizations that dot the landscape and who constantly hold award ceremonies, balls, dinners and all kinds of jazzy events to pat themselves on the back, stress their self-importance and talk among themselves.

And nothing but silence from the many Caribbean governments who are so always so quick to talk about the power of the Caribbean Diaspora and how they need to mobilize and vote while begging nationals in the Diaspora for money at every election cycle.

Where is the simple Happy NCAHM from these governments?

If there was a time to show the so-called strength of the Caribbean immigrant Diaspora it was June 1, 2018, because even if 50 percent of the estimated 4 million Caribbean immigrants in these United States had taken a moment from their social media postings of absurd daily videos and narcissistic self-portraits to say ‘Happy Caribbean American Heritage Month,’ NCHAM would have trended and the wider US would have had to take notice.

Instead, as is typical of the Caribbean immigrant in the US, they stayed largely silent and as docile as sheep without a shepherd, choosing instead to talk among themselves, planning little awards and exhibitions and parties to “celebrate” the month on the periphery of the society while they remain again ignored, dismissed and disregarded.

The reality is that if as Caribbean immigrants we show we don’t care about our own month, then no one else will. Until we start showing up and being conscious as a Caribbean Diaspora in these United States, then our issues will continue to be overlooked as a bloc and our region will continue to be shafted while more and more Caribbean immigrants are deported back to islands that are unprepared for an influx of deportees.

I’d say its time we quit talking so much among ourselves; staying on the side lines of the main stream; pretending we are no longer Caribbean immigrants or Caribbean Americans ones we have “made it,” and trying to outdo other groups on who can throw the better more outrageous parties or who can wine, twerk and simulate sexual intercourse better.

But the reality is that no one really cares so I will save my breath!