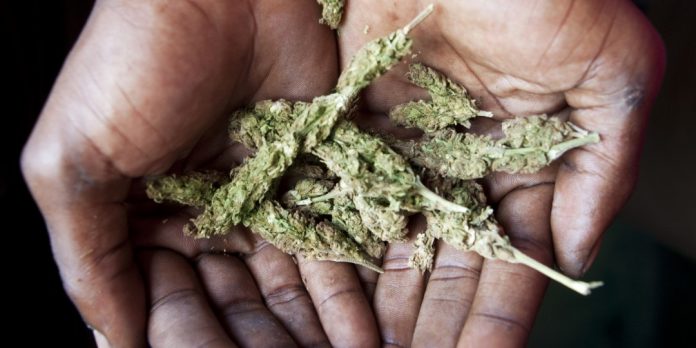 The five are: Jamaica, The Dominican Republic, The Bahamas, Belize and Haiti.

Jamaica, according to the US report, is the largest Caribbean supplier of marijuana to the United States and a significant transit point for cocaine trafficked from South America to North America and other international markets.

The report also said that traffickers likewise export Jamaican-grown marijuana to other Caribbean countries in return for illicit firearms and other contraband.

Maritime routes, involving the use of “go-fast” boats and commercial containers, continue to be the primary method of smuggling drugs into and out of the country, the US report said, adding that the country is experiencing an increase in drug-related violence, especially as local groups engage in violent turf battles to control domestic drug distribution.

The US report says while The Bahamas is not a significant drug producing country, it remains a transit point for illegal drugs bound for the United States and other international markets. The close proximity of The Bahamas to the coast of Florida, as well as its location on Caribbean transshipment routes, makes it a natural conduit for drug smuggling. The 700 islands and cays of The Bahamas, the vast majority of which are uninhabited, provide near-ideal conditions for smuggling, the report said. Additionally, The Bahamas boasts 10 international airports, 56 airstrips, and more than 80 marinas, allowing smugglers to readily blend in among numerous pleasure craft traveling throughout the Bahamian archipelago, and strengthening organized crime syndicates and gang activity, the US said.

Haiti is not a significant producer of illicit drugs for export, although some cannabis is cultivated for local consumption, the US said. But Haiti remains a transit point for cocaine originating in South America and marijuana originating in Jamaica, traversing the country’s porous borders en route to the United States and other markets, according to the report. Traffickers take advantage of Haiti’s severely under-patrolled maritime borders, particularly on the northern and southern coasts, the report added.

Belize, according to the US, remains a transit country for illicit drugs destined for the United States from source countries in South America. Belize is susceptible to the transshipment of illegal drugs due to its position along the Central American isthmus, relatively uninhabited terrain, and the hundreds of cayes (small islands) off its coast. Drug trafficking organizations use air routes over Belize to smuggle illicit drugs, the report said.

According to Belizean authorities, marijuana is the most prevalent illicit drug used in Belize even as the Belizean national legislature decriminalized personal possession of 10 grams or less of marijuana on November 2, 2017, though it remains a crime to cultivate or sell the drug.

Is Vaping Popular Among Latin Americans?

Haiti Is ‘Open For Business’

Search On For Killers Of Puerto Rican Volleyballers

Is Now the Time For Brazil To Legalize Gambling?