Black Immigrant Daily News From News Americas
Home Commentary To Form Or Not To Form: Guyana’s Dilemma In Establishing A National... 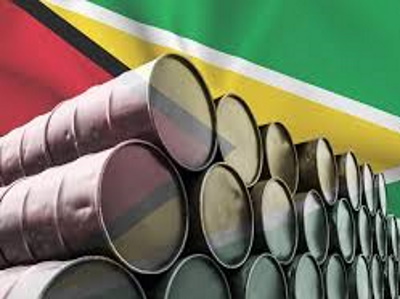 By Cristina Caus and Jerry Haar

News Americas, FORT LAUDERDALE, FL, Fri. July 1, 2022: Since its oil discoveries in 2015, Guyana has been contemplating the formation of a national oil company. Its dilemma “to form or not to form” (to borrow from Hamlet’s soliloquy) must be resolved by September, and the pressure to decide is increasing.

For a small nation in the Americas, with a population of around 800,000 and no previous oil and gas exploration and production experience, the news about 11 billion barrels of oil reserves can be both a blessing and a curse. According to the three private companies operating in the region (ExxonMobil, Hess, and CNOOC), the approximate 1 million barrels per day production by 2030 will be positioning Guyana in 11th place in global oil production; this is an immense challenge for a new player in the market.

Many international experts and organizations like the IMF do not encourage a premature formation of a national oil company in Guyana as this may fall easily into a very common pattern of gaining a very opaque reputation by creating (or benefiting from) a corrupt business environment, such as many national oil companies have done, all the way from the Middle East to Africa and Latin America. According to the 2017 Resource Governance Index (RGI), “… of the 52 NOCs studied in the index, 62 percent exhibited “weak, poor or failing” performance on public transparency”. Given the close ties with the government, NOCs are invariably characterized by poor management and governance; a lack of transparency; high operating costs; nepotism, and limited investments in innovation and human talent. State-owned companies in countries like Venezuela (sanctions on its government caused PDVSA to collapse), Brazil  (Petrobras involved in one of the largest bribery scandals), and Mexico (PEMEX became the most indebted oil producer in the world with the government using the public funds to bail out the company) are the proof of how wrong a NOC can go and how it can drag down its country’s economy—not to mention, the effects on the global oil market.

A government’s good intentions in forming a state-owned company, to manage its own country’s resources, serve its people via job creation, and facilitate wealth redistribution, are economic development objectives different from those of a private international oil company. However, it is the foreign capital, expertise, experience, know-how, professional workforce resources, and innovative technology brought by investments from private operators that allows a country to achieve many of its good intentions; properly played this can become a win-win situation.

Given the circumstances, the first step a government should take is establishing a friendly domestic political environment that would continue to attract foreign investment, crucial for the country’s growth of new industries. So far, it is clear that Guyana is on the right path. Illustrative is ExxonMobil’s investments which increased around 30% from 2020 to 2021 and is accounting for $1.3 trillion in assets in Guyana’s Stabroek Block. The nationalization idea, if considered at this early stage, should be done cautiously and gradually. The successful experiences of some nations should be followed. For instance, Equinor (former Statoil from Norway) allowed in the beginning most licensing rounds to be dominated by international private operators. As a result, the government and the national oil and gas sector benefited greatly not only from the financial resources brought to the country but also from the access they gained to leading-edge technology and skills development. The next step, once the development of in-house expertise and workforce was strong, resulted in the Norwegian state increasing its direct participation in the commercial operations. This is when the formation of a state-owned company became feasible (allowing the possibility of both state and private companies to have their share. Currently the Norwegian state is the major shareholder in Equinor with 67% of the shares).

This model leverages the strength and stability of a government-backed giant national economic pillar with the agility and efficiency of a private player in the international competitive market.  Since then, Equinor has managed to keep a strong 13th place in global oil production, the oil industry accounting for about 20% of its GDP, making the nation the 6th richest in the world by GDP per capita, according to the IMF.  The Norwegian net government cash flow from petroleum operations since its national oil company inception in 1972, has reached the highs of 90 billion USD (2022) from 0.01 billion USD (1971).[2]

There is no secret recipe for when and how exactly a nation should nationalize its oil and gas sector. The great risks associated with founding a national oil company can be minimized if aligned with a more commercially oriented strategy which includes a more autonomous decision-making business model when the domestic regulatory framework is set in place. Ideally for a national oil company to become successful it must operate with the discipline of a well-managed private entity. If Guyana can respond intelligently to new global market trends and ensure effective corporate governance and transparency in its financial and operational management, then indeed the Guyanese economy will be able to achieve unprecedented, record-setting growth of 500% by 2030.

Jerry Haar is a professor of international business at Florida International University and a global fellow of the Woodrow Wilson International Center for Scholars in Washington, D.C.