It was recently reported that Puerto Rico-based Seaborne Airlines which services the BVI market intends to sell a considerable amount of its business and assets to Florida-based carrier Silver Airways LLC.

The St Croix Source announced that Sea Star Holdings Inc. – the parent company for Seaborne Puerto Rico LLC, Seaborne Virgin Islands, Inc. and affiliates – intends to continue operation and that any transition will be seamless as interruption to existing flight operations in Puerto Rico, the U.S. Virgin Islands, and throughout the Caribbean is not expected. In fact the company reportedly said that it will continue to honor tickets held by customers and book future travel, in fact the company said that everything continues as normal.

As it relates to the sale it was stated that Seaborne secured a new $4.2 million credit facility and simultaneously entered into a purchase agreement, subject to court approval and potential overbids to sell to Silver Airways. It was noted that this credit will facilitate a combination between Seaborne and Silver Airways. Both companies announced that the aim is to create a leading regional carrier that services the Caribbean, Florida, and the Bahamas.

Travel Weekly reported back in August that Silver Airways was seeking to expand in the Caribbean and was engaging Seaborne Airlines in talks. At that time it was disclosed that Silver entered into negotiations with Seaborne “to explore commercial cooperation including potentially a combination in support of its long-term goal to become a major U.S. airline.”

Silver flies to 18 destinations in Florida and the Bahamas, while Seaborne serves nine Caribbean destinations from its San Juan hub. It was stated that the Florida based airline currently flies a 21-aircraft fleet of 34-seat Saab 340B twin-propeller planes, and also has begun plans to replace those airplanes with 20 ATR-600 series planes, each of which will have 46 seats. It was mentioned that delivery of all 20 planes is expected by early 2020, with an option to acquire 30 more. 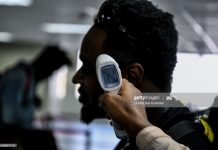 Beyond ‘Gangnam’: A Dozen Other Silly Global Dance Tracks from 2012 – The Atlantic