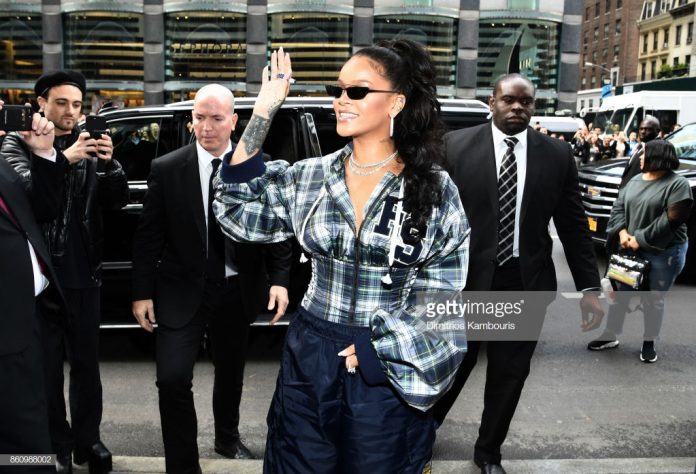 Freedom United Clothing claims in a new lawsuit it owns the ‘FU’ trademark since 2006, which Rihanna has used on Puma slippers she created for the company, according to TMZ reports.

According to the lawsuit, obtained by TMZ, the company claims the Bajan star and ambassador at large, knew there was an existing FU logo, because she was photographed in one of their hoodies in 2014 and, even before that, then-BF Chris Brown attended Freedom United’s launch party back in 2007.

Rihanna did a deal with PUMA where she had the company slap F.U. also slapped on her sweatshirts, jewelry and sandals.

This Reggae Star Is Lauding Women Who Are Good To Men

Who Will Win The Reggae Grammy’s?

The Resignation Of NYPD Chief Exposes A Police Department Whose Top Echelon Is Unacceptably...

VP says he spoke with Chavez, who is up, walking – KEYC TV