Williams, 31, advanced to the second round with a decisive 6-3, 6-1 win over fellow American Bethanie Mattek-Sands despite losing the first fame and the second to trail 2-0. She then kicked into high gear, taking 12 straight points at one point to help her build to a 5-2 lead and an eventual win as her mother Oracene Williams looked on from the stands.

“The first two games I couldn’t quite get it right,” Venus said after the match. “She played some good shots, some good serves. [At two] love and I’m serving, I feel like I’m going to hold and maybe it’s going to be even soon. I feel good on my serve.” 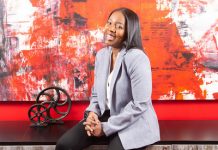