Black Immigrant Daily News From News Americas
Home Immigration As Trumpism Reigns, The Only Balm For Many Immigrants Is In The... 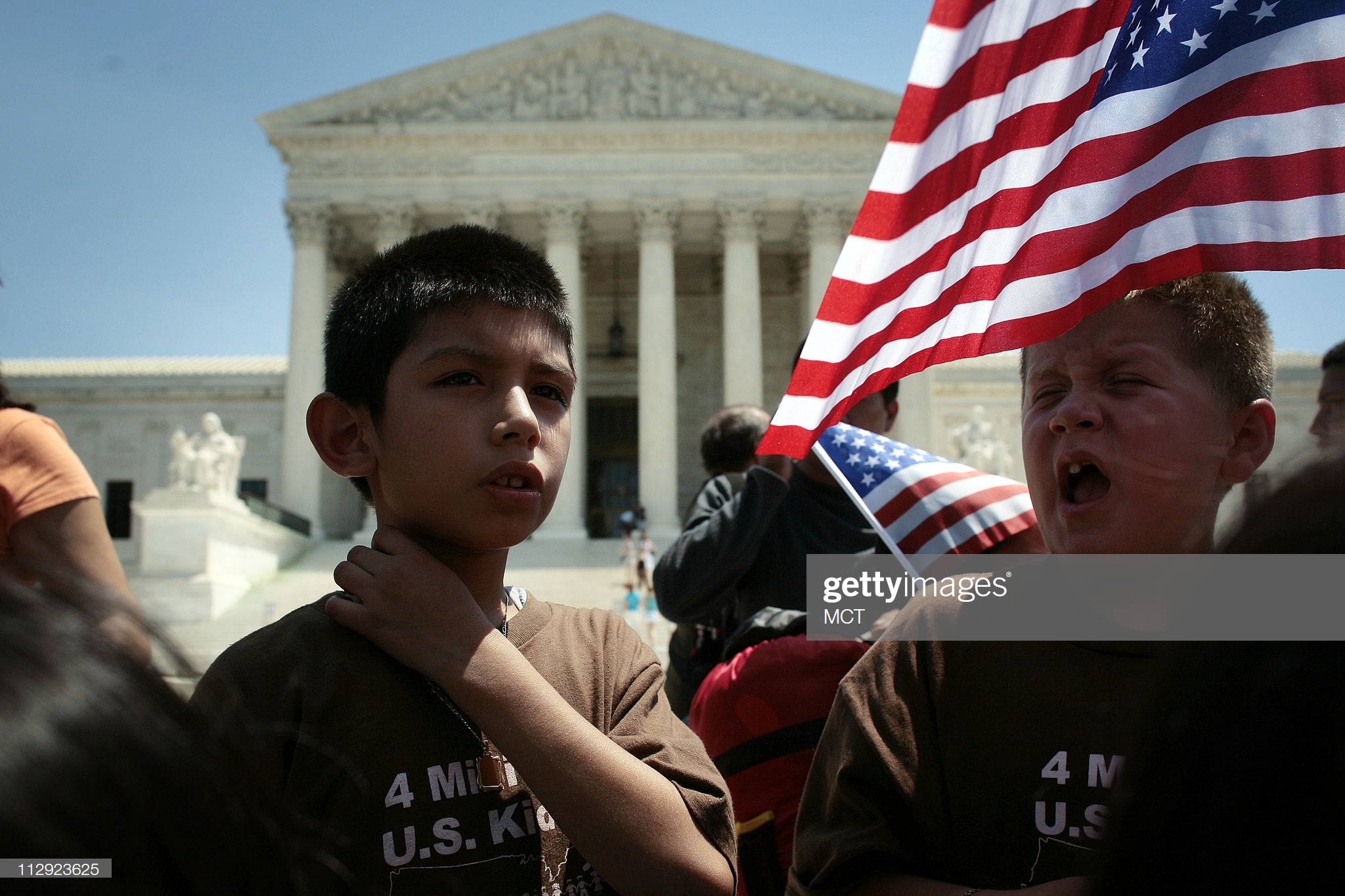 News Americas, MIAMI, FL, Fri. May 10, 2019: It’s unfortunate but at somewhat reassuring that the only real balm most immigrants have found as they fight against the dictator in The White House flying the fake flag of democracy is in the courts.

As the Trumpeto administration and his own “counsel,” aka the United States Attorney General, continues in the dead of night to think up more and more ways to deport and scapegoat immigrants to ensure the browning of America is stopped dead in its tracks, the only real recourse immigrants are finding nationally is in the courts.

Thank God for real justices who are not afraid to uphold the constitution and the laws of this land. Otherwise we would still have a Muslim travel ban; Dreamers would be out and so too would many Temporary Protected Status and Deferred Departure immigrants, including Haitians.

On the heels of rulings from two federal judges recently that have blocked the government from ending Temporary Protected Status for Haitians after finding that revoking TPS was improper, several rights organizations, including The American Immigration Council, Northwest Immigrant Rights Project, and the American Civil Liberties Union have again took the fight for more immigrants  to the courts.

This relates to the April 16th policy change by Attorney General William Barr, Trump’s new ‘Mini-Me,’ which targets asylum seekers whom immigration officers previously determined have a “credible fear” of persecution or torture if returned to the places they fled.

Many such people currently have the right to a bond hearing where an immigration judge will decide if they should be held or released from custody as their asylum case proceeds. If the new policy from Barr goes into effect unchallenged, these immigrants could be jailed indefinitely without a hearing.

Can you imagine that? The so-called democracy and greatest country in the world; a country that is quick to call out Nicholas Maduro in Venezuela and the Cuban government for perceived rights violation, has no problem violating the human rights of immigrants by jailing them indefinitely without so much as a court hearing.

These are no criminals but people seeking asylum and refuge, but no – no innocent until proven guilty scenario here. That only applies in the Trump World to “true Americans.”

Barr, aka Trump’s Dark Angel, cites violations of the Due Process Clause, the Immigration and Nationality Act, and the Administrative Procedure Act as reasons for the changes. In other words, find anything to please the boss and carry out his Fascist agenda.

And you thought Jeff Sessions was bad?

Michael Tan, senior staff attorney of the ACLU’s Immigrants’ Rights Project summed it up best as he said: “Trump’s true motives are clear — to deter asylum seekers and punish people who apply for protection under our laws.”

And this is just one of many lawsuits across the country as more and more people stand up to Trump by putting the courts and the country’s laws to the test on behalf of poor brown and black immigrants.

The lawsuit comes as over the last two years, officers from U.S. Immigration and Customs Enforcement (ICE) have frequented Massachusetts courthouses as they have many nationwide, surveilling, arresting and detaining immigrants.

The degree to which these civil arrests are occurring in courthouses is unprecedented in American history and have severely undermined the administration of justice and access to judicial redress in the Commonwealth.

The lawsuit seeks a declaration from the court that ICE’s policy and practice of arresting people while coming to, attending, or returning from court is illegal. The suit also asks the court to immediately enjoin ICE from conducting any more courthouse arrests.

“This lawsuit provides a powerful blueprint for advocates across the country who want to protect access to the courts and to judicial redress,” said Ivan Espinoza-Madrigal Executive Director of Lawyers for Civil Rights, which represents the Chelsea Collaborative, an organization with immigrant and non-citizen members who have been unable to enforce basic state-law rights for fear of ICE arrest and deportation.

Thank God for these Angels of Mercy in the form of immigrant rights attorneys and advocates and thank God for the justices in courts across America, who unlike Barr, are upholding the constitution and rule of law in these United States.