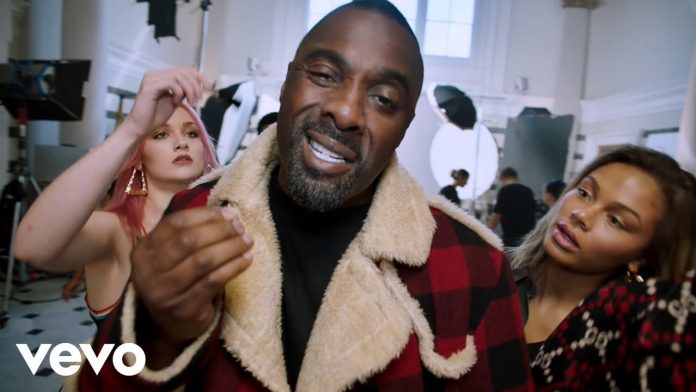 News Americas, NEW YORK, NY, Fri. Mar. 8, 2018: Here are some of the news heating things up on the Caribbean entertainment news scene for this week:

Caribbean Roots Rapper 21 Savage Is On A New Mission

Fresh from his US ICE detention and as he continues a legal battle to fight deportation, Dominica roots rapper, 21 Savage, has announced he will be starting a new campaign to help the youth in Atlanta find jobs.

The UK born rapper has partnered with Get Schooled and Juma to help boost financial literacy in children. 21 Savage is hoping to deliver 150 jobs to at-risk youth in the Atlanta area in the sports and entertainment industry.

“Each month I’ll release a new badge on GetSchooled.com where you can go deep into making money, credit, saving, and investing,” the rapper said.

Hollywood actor, the UK’s own Idris Elba has appeared along with Jamaican dancehall star, Sean Paul in a new video by the godfather of Grime Wiley, British rapper Stefflon Don.

Elba and Paul are in “Boasty,” which also features the Don of course. The star studded video was shot in London by director Henry Scholfield. Elba, the actor and deejay began teasing his rapping skills in Boasty in January. He recited his lyrics in Jamaican patois to highlight the island’s underrated influence on London’s music scene. His video appearance comes after deejaying at Prince Harry and Meghan Markle’s wedding and ahead of his April performance at the Coachella Festival.

‘FOX FUSE Presents: Get Soca 2019’ has debuted at number one on the Billboard Reggae Chart this week. The fourth compilation from Fox Fuse,  the world’s largest soca and chutney music distributor, includes tracks like Day One by Farmer Nappy & Machel Montano, Speechless by Lyrikal, Voice, Kerwin Du Bois & Teddyson John and Like It Hot by Patrice Roberts.

The countdown is on to the highly anticipated first ‘Long Walk To Freedom’ concert from Buju Banton, months after his December release from a US prison.

“The calm before the storm,” is how the reggae star is describing the concert, which is set for March 16th at the National Stadium in Kingston, Jamaica.

Banton’s son Jahziel along with Chronixx, Coco Tea, Agent Sasco, Romain Virgo, and Etana are among the supporting acts confirmed for the Jamaican leg of the tour.

Dancehall’s Vybz Kartel Back In Prison

Jamaican dancehall star, Vybz Kartel, is back in prison after his stint at the University Hospital of the West Indies hospital this week.

The singer reportedly was rushed to the hospital on Sunday after developing complications from a lingering thyroid issue. He was discharged from the hospital on Tuesday and taken back to the St. Catherine Adult Correctional Facility where he is currently serving a life sentence.

On Wednesday, the singer, born Adidja Palmer, took to Instagram to thank doctors and nurses at the hospital for saving his life.

“Affi big up The D.S.C. Team from deputy commish to her staff also the doctors and nurses. Trust me #GazaNation gi dem a hand please,” Kartel wrote.