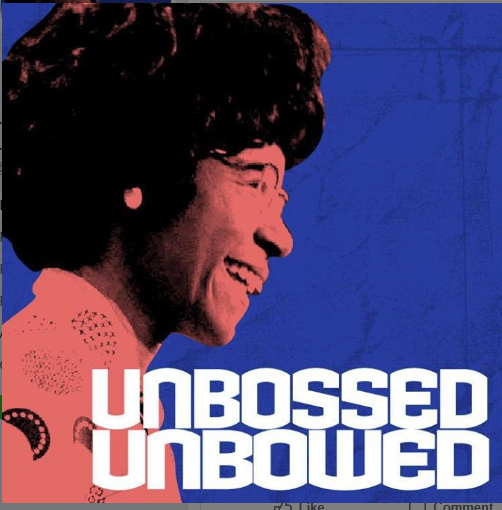 News Americas, NEW YORK, NY, Fri. Feb. 28, 2020: A Caribbean roots actress is putting the spotlight on the life of Shirley Chisholm, the black, Caribbean roots woman of many firsts.

The solo theatrical performance by writer, actor, solo artist/ and adjunct professor, Ingrid Griffith explores the life of Chisholm the trailblazer in ‘Unbossed & Unbowed,’ and is set for the Milton G. Bassin Performing Arts Center at 94-45 Guy R. Brewer Boulevard in Jamaica, Queens on Friday, March 6th at 7:30 p.m. and Saturday, March 7th at 7:30 p.m.

In the show, Griffith journeys back to Chisholm’s childhood to show how her race and gender were intended to determine how far she would go in life. She also explores why Chisholm chose to fight for the disenfranchised and what it took for her to rise. It dramatizes the Civil Rights era, the unrest of the 1960s, the patriarchal system and the all-boys network Chisholm was up against.

‘Unbossed & Unbowed’ covers the period from when segregation in the U.S. was the law to the time it was outlawed, when Black soldiers were sent to fight for their country in WW II and Vietnam to what they faced upon their return home; when great numbers of Black people were migrating from the South to the North and when West Indians or immigrants from the Caribbean, like Shirley Chisholm’s parents, were also migrating to the U.S. in droves.

Yet, this Brooklyn-born daughter of West Indian parents was on a mission. She called herself ‘Fighting Shirley’ and Griffith resurrects her to tell Americans today what it took then and what it will take now to make a difference.

As Griffith tells it, “many themes (from that era are what) we still see in the politics of today.”

For tickets and more information on this exciting play in Women’s History Month, click here

Griffith has also been touring with a solo show she’s written about a Caribbean girl’s immigrant experience, titled ‘Demerara Gold,’ for the past five years throughout the US and overseas at theaters in London, Guyana, Canada, Barbados and St. Vincent & the Grenadines. For more on Griffith see here.

One of US FBI’s Most Wanted Nabbed in Mexico

Is DJ Khaled Doing A Collabo With Buju Banton?