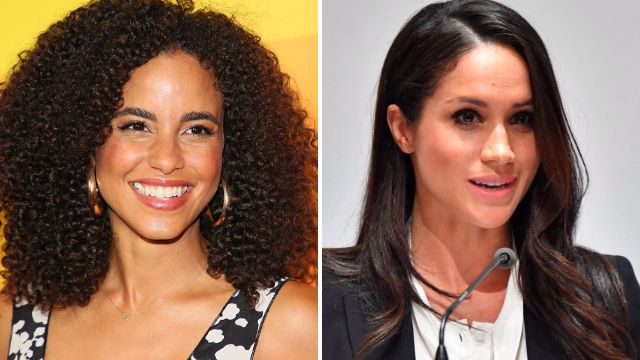 Parisa Fitz-Henley, 41, will star in the movie dubbed ‘Harry & Meghan: A Royal Romance.’ It depicts the whirlwind romance of the soon-to-wed British royal couple, Prince Harry and Megan Markle.

Fitz-Henley will star opposite Murray Fraser, who will play Prince Harry. The movie is set to air this spring, before the Royal wedding.

The Kingston, Jamaica-born Fitz-Henley is a dead ringer for Markle and you might also recognize her from her role as Reva Connors from ‘Jessica Jones’  and ‘Luke Cage’ as well as the NBC drama Midnight, Texas.

Markle and Prince Harry are set to wed on May 19th, less than six months after they got engaged.