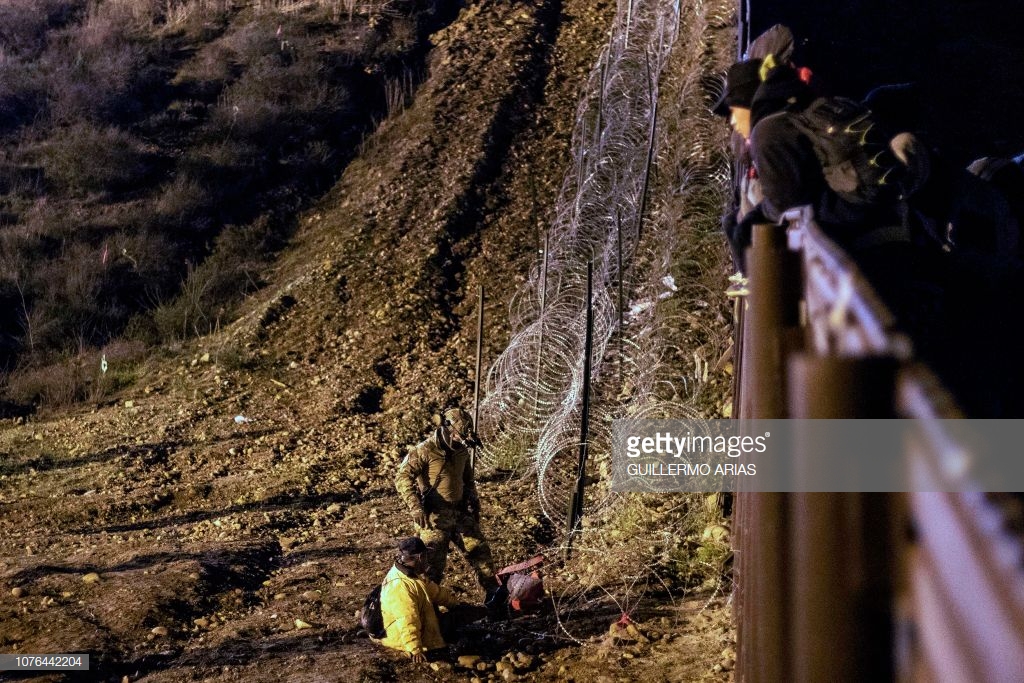 News Americas, NEW YORK, NY, Fri. Jan. 4, 2019: To say 2018 was a tough year for immigrants in the US and immigration on a whole is an understatement. It was more a draconian year, when the xenophobes seemed to triumph, and hate ruled the roost.

And in that spirit, the Donald Trump administration pushed many policy changes on the immigration front that will affect the landscape and immigration for years to come. Here are five that occurred in 2018:

The Department of Homeland Security on Dec. 20, 2018, announced that individuals entering the US illegally or without proper documentation from the Southern border and seeking to claim asylum in the US, will no longer be allowed to stay while their case is determined. Instead, according to Homeland Security Secretary Kirstjen Nielsen, they will now “be processed by DHS and given a ‘Notice to Appear’ for their immigration court hearing.”

Asylum seekers from Guatemala, Honduras and El Salvador will now have to wait outside the United States until their immigration proceedings are concluded.

2: Zero Tolerance Policy Is Still Order Of The Day

The Trump administration has quietly resumed separating immigrant families at the border, according lawyers at Catholic Charities and Pro Publica. In some cases, the lawyers claim the US agents are using vague or unsubstantiated allegations of wrongdoing or minor violations against the parents, including charges of illegally re-entering the country, as justification.

This comes because Federal Judge, Dana M. Sabraw, while issuing an injunction against the separations and ordering the government to put the thousands of affected families back together, exempted cases in which the safety of the child was at risk. As a result, attorneys say, immigration officials are using whatever justification they can find, with or without substantiation, to deem immigrant parents unfit or unsafe.

3: Changes To Vietnamese Accord Could See Many Deported

Thousands of Vietnamese refugees who fled to America after the Vietnam war, are now at risk of deportation after new Trump administration rule changes.

The US government has unilaterally reinterpreted an accord signed with Vietnam in 2008 to allow it to send Vietnamese citizens in America, who arrived before 1995, back to their home country. Previously, the 2008 agreement was understood by both nations to bar the deportation of Vietnamese people who arrived before July 12, 1995, when diplomatic relations were re-established between the former warring nations. But the White House has now decided Vietnamese migrants who have been convicted of crimes, can be sent home, even if they arrived before 1995.

A new policy from the administration now allows U.S. Citizenship and Immigration Services agents to deny any visa or green card application that is missing evidence or contains an error. Previously, officers were required by an Obama-era policy to send notices, giving applicants a chance to correct such problems instead of closing the process. Without the notices, applicants won’t have the opportunity to intervene before a decision is made, potentially adding months or years of extra paperwork and thousands of dollars in fees to the already lengthy process. In the case of those trying to renew their visas while they’re still in the U.S., they could be placed in deportation proceedings the moment their visas expire.

The Trump administration has changed a fingerprint-based background check policy for immigrant household members, which had sparked a national putative class action claiming the policy created the highest level in history of migrant children being held in government custody away from their parents. The policy change now makes it less onerous on many of those seeking to sponsor the migrant children and bring them back into the custody of parents or others close to the family.  The policy originally was instituted in June. The change now will reportedly mean that hundreds of migrant children could be released from government-contracted shelters across the country. So that is least is some light in an otherwise dark tunnel.