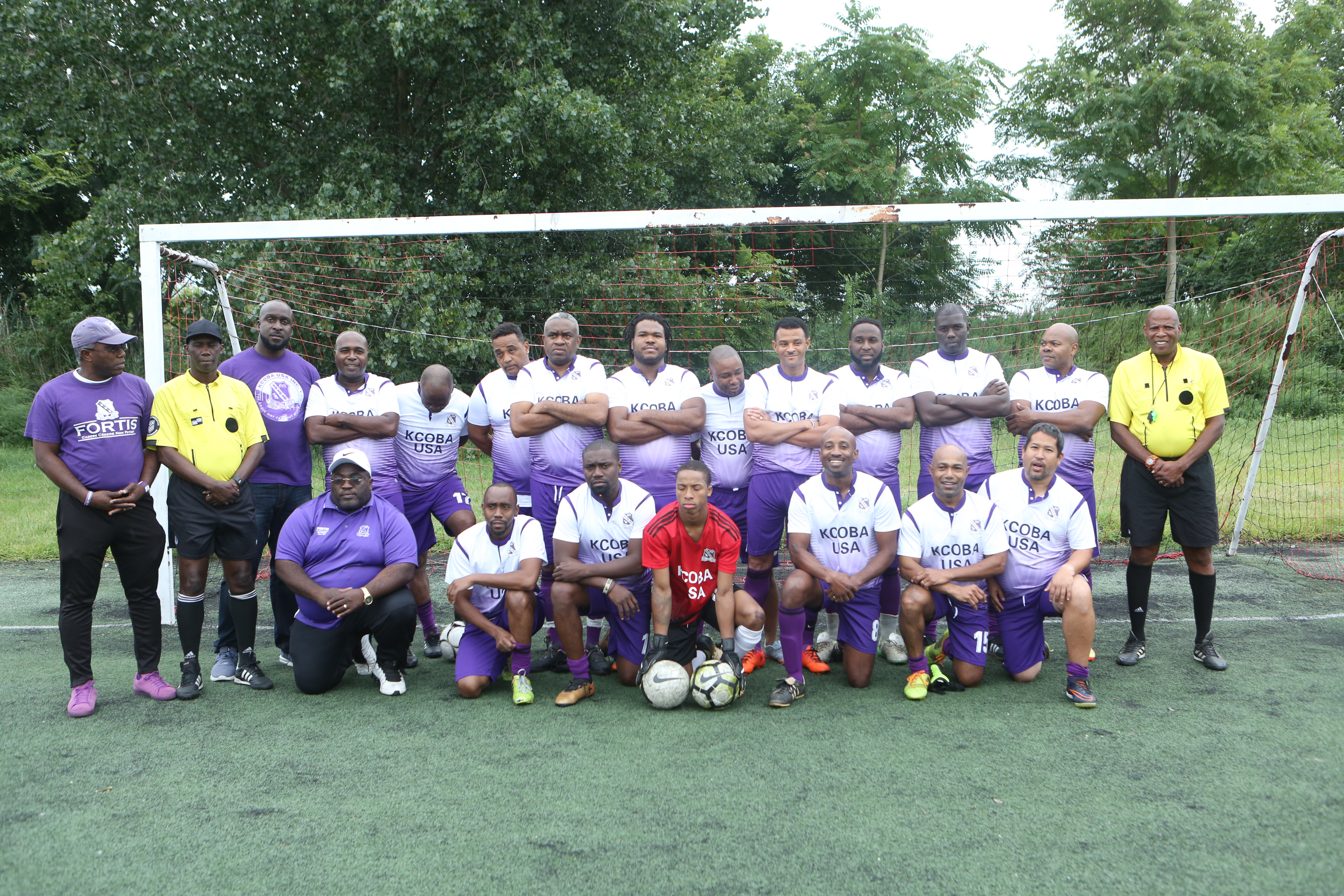 The Roper Cup New York edition of the tournament follows on a fifty-four-year tradition that began on North Street in Kingston, Jamaica. The Father Jack Roper Memorial Football Competition was conceived in 1964 by a few past students of North Street giants- Kingston College and St. George’s College. This was in honor of a St. George’s alum (who was also a star football player) and priest, Clarence ‘Jack’ Roper.

The idea behind this joint sports venture was to capture the symbolism of brotherhood between the high schools. The two schools have enjoyed fierce competition in various sports much to the delight of both fraternities.

The day was initially threatened by rain, but it turned out to be a cool and pleasant day for football.

The ref’s whistle signaled the end of the first featured match – the masters (over 35) between KC and St. George’s, which was very entertaining and ended with KC 3, St. George’s 1. KC won the Sydney “Foggy” Burrowes Trophy with Dean Streete (KC) being named the game’s MVP.

The under 35 game was naturally more fast paced (no knock on the ‘elders’) and it was won by St. Georges 2 to nil, making them the winner of the inaugural Roper Cup New York. Kendan “Pim Pim” Anderson (STGC) was named the game’s MVP.

Organizers are already planning for next year’s Roper Cup, which is expected to be even bigger and better.