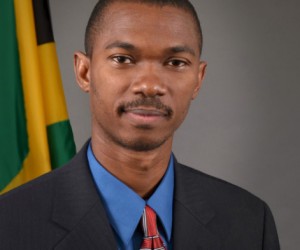 It is expected that by June 2015, the Jamaican government will have a database of Jamaicans in the Diaspora, following the completion of the Mapping Jamaica’s Diaspora Project, which has been underway, since December 2013.

The Mapping Project – the first of its kind – is being administered by the Jamaican Government with support and funding from the International Organization for Migration (IOM). It aims to determine the location, interest and skills of members of the Diaspora, while building government’s capacity to more strategically and effectively engage with the Diaspora.

Following the collation of information garnered from the survey, it is hoped that the Government of Jamaica will be in a better position to identify the gaps which currently exist in its engagement of Jamaicans in the Diaspora, ranging from the first to fourth and subsequent generations.

State Minister in the Ministry of Foreign Affairs and Foreign Trade, the Hon. Arnaldo Brown MP underscored the importance of the Mapping Project to national development and the enhancement of effective and efficient Diaspora engagement and support.

Estimated to be in excess of three million, the Jamaican Diaspora is considered amongst the largest in the world, with approximately 1.8 million residing in the United States of America; approximately 650,000 in the United Kingdom and an estimated 300,000 in Canada. The remainder is located in numerous countries across the globe.

The Mapping Project seeks to gain as true a picture as possible of our Diaspora family. The Diaspora is therefore encouraged to participate in the survey by logging on to: www.mapjadiaspora.iom.int

The website will house two survey instruments. One geared towards individuals and the other, towards community, alumni or other philanthropic associations.

The Mapping Project was launched in Jamaica on 10th June and in the United Kingdom on 13th June, as well as in specific locations in the United States of America and Canada.

Exposed NDP Cracks Are Nothing New