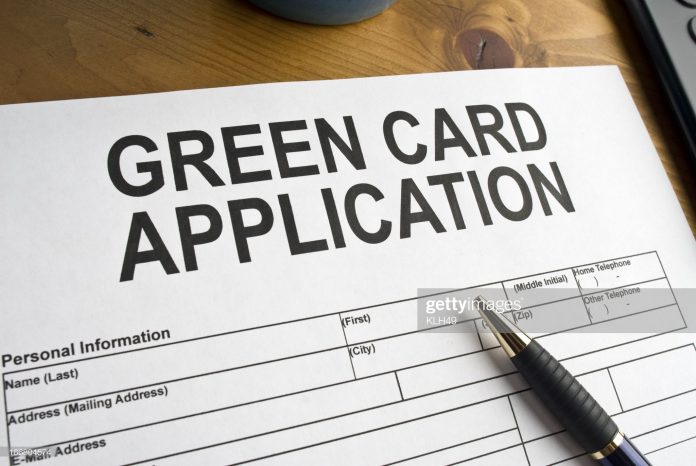 News Americas, FORT LAUDERDALE, FL, Fri. June 21, 2019: In January 2019: Jamila moved to the U.S. from Jamaica to join her U.S. citizen spouse in Florida. Now she is stuck in limbo because of a backlog in U.S. Citizenship and Immigration Services, (USCIS) processing times for work permits.

As such, the trained nurse cannot seek out a job or apply for a Social Security card or a driver’s license because her work permit application that should have been processed within 90 days, is now taking 5–7 months.

And it is not just work authorization applications that are in backlog – all immigration applications are backlogged according to USCIS, which is leaving millions of immigrants in limbo and threading a thin line between legal and undocumented.

Making the “get in line” statement right wingers love to throw out, nothing but a fallacy, especially since the line is not only lengthy, it’s now stretching on forever for millions of immigrants.

Whether its purposeful or not is left to be decided, especially based on past processing times and the actions of this administration to date. What many are feeling is a growing sense of frustration and also fear.

The USCIS’ own timeline shows that processing time for an Application to Register Permanent Residence or to Adjust Status is taking about a year while a Refugee/Asylee Relative Petition is taking about 11 months.

A Petition for U Non-immigrant Status, which provides temporary immigration benefits to an immigrant who is a victim of qualifying criminal activity and their qualifying family is now up to 43.9 months, up from 40; while the time for a Petition by Entrepreneur to Remove Conditions is up to 31.7 months, from 27.1.

The immigration backlog also extends to U.S. citizenship applicants. Hundreds of thousands are waiting on applications to become U.S. citizens, a process that once typically took about six months.

Under the Trump administration, the same processing has stretched to over a year in some places because of tighter scrutiny of applications and proposals that are making it more difficult and cumbersome for green-card holders to qualify and complete the process.

AILA, (The American Lawyers Association), has found that the overall average case processing time at USCIS surged by 46 percent over the past two fiscal years and 91 percent since FY 2014.

The Association also found that USCIS processed 94 percent of its form types – from green cards for family members to visas for human trafficking victims to petitions for immigrant workers – more slowly in FY 2018 than in FY 2014 while case processing times increased substantially in FY 2018 even as case receipt volume appeared to markedly decrease.

As AILA accurately summed it up: “Ballooning USCIS processing times leave families – including families with U.S. citizen spouses and children – in financial distress, expose vulnerable protection seekers to danger and threaten the viability of American companies.

This is all a part of the Trump strategy to scapegoat, punish an demonize immigrants – who don’t fit into their ideal vision of “Make America Great Again.”

The Panama Connection And The Caribbean