Coaches will always tell you that this is one problem they love to have and, with the team welcoming four players back from Gold Cup duty, several back from injury and three new signings, the same might be true for Vanney.

The coach has several options at his disposal and must make some tough decisions in the weeks ahead. But he can’t afford to make any that are less than great as his team is yet to secure a playoff spot with nine weeks left in the season.

“We have a lot of options,” he was quoted as saying by the Toronto Sun. “Guys are playing well, guys are settling in, guys are getting comfortable. And there’s good competition within the group. There’s some challenges with it, but they’re all positive challenges.”

Unibet has Toronto at 14/1 to make it out of the Eastern Conference this season; of course, they’d have to actually secure a playoff berth before thinking that far ahead. In the meantime, though, betting fans could get a look in on all of the Best Online Bookmakers In Canada by visiting https://canadiansportsbetting.ca/online-bookmakers/.

Bet365 is offering odds or 33/1 on Toronto lifting the MLS Cup at the end of the current campaign but Los Angeles FC is the favorite at 13/8 with the same bookmakers. MoPlay has Atlanta United at 9/1 while New York City FC is at also 9/1 with SportPesa. DC United and Philadelphia Union are both at 12/1 with Bet365.

Team captain Michael Bradley is sure to be part of whichever group Vanney decides to select going forward and the midfielder has rebuffed the notion that the team is growing nervous over the possibility of missing out on the playoffs.

“Excited, motivated. Not anxious in any way,” he said upon hearing the suggestion. “Still nine games left. More than a quarter of the season. We understand you get to this time of year and the magnifying glass gets put on that much closer.”

Bradley admits that the loss of players earlier in the season has made things very “strange” but he’s fully confident in the side’s ability to go on a positive run and secure a spot in the playoffs. 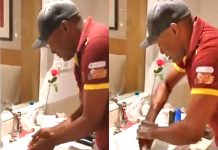 Two Caribbean Sports Stars Share Safety Messages But Where Are The Others? 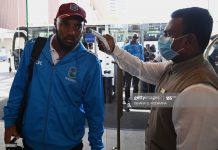 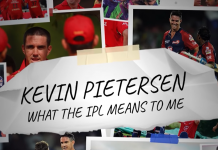 Nothing Compares To The IPL Says Kevin Pietersen

Flight Deal: US to Brazil from $602 Round-Trip