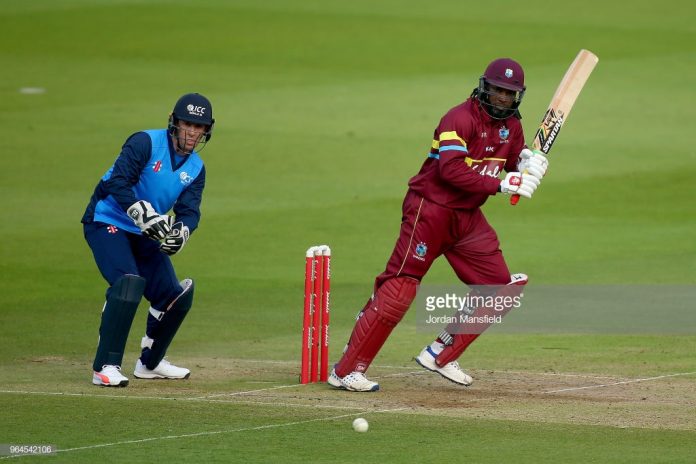 News Americas, NEW YORK, NY, Fri. July 27, 2018: Hard-hitting West Indies opening batsman, Chris Gayle, and fast-bowler Patrick Patterson have both been honored by the University of the West Indies for his contribution to cricket.

The two were honored by the university during a match last week between a Vice Chancellor’s XI and Bangladesh at Sabina Park.

Gayle expressed delight at being recognized UWI for his contribution to cricket.

“It is always (great), whenever you get these accolades. You always feel privileged and thankful,” Gayle, 38, said. “The turnout of spectators as well has also been good, and it makes you feel as if you have made a contribution to their lives.”

Patterson was unable to attend the presentation ceremony and his award was collected by former West Indies and Jamaica teammate and now Bangladesh bowling coach, Courtney Walsh.

“The selection of Gayle and Patterson was (made) by the Vice-Chancellor (Sir Hilary Beckles) himself this year, who has an admiration for the contribution that Patterson has made by his fierce fast bowling, which he believes has dwindled a bit the Caribbean, and is something he would like to revive,” said Dr Akshai Mansingh, Dean of the Faculty of Sports at UWI.

The game, which enjoyed its 19th staging, is held annually against touring Test teams. In 2017, the award was presented to veteran West Indies batsman Shivnarine Chanderpaul in St. Kitts against touring England.