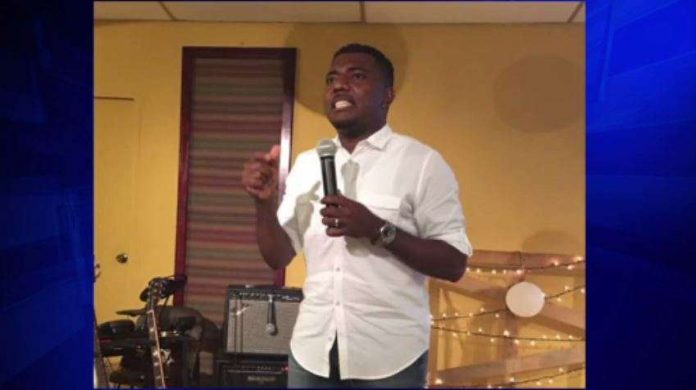 News Americas, MIAMI, FL, Fri. May. 3, 2019: In the current atmosphere of fear amidst rising roundups and deportations of immigrants, it is most reprehensible to see the threat against undocumented immigrants being perpetrated from some within their own communities.

One of the major cases that shocked my sensibilities recently involved the arrest of a Latino youth pastor, Luis Clarke, 38, in Pembroke Pines, Florida for sexually assaulting a 15-year-old girl over a year.

According to police, Clarke sexually assaulted the minor girl numerous times between 2016 and 2017 by threatening to turn her undocumented family into immigration officials if she did not have sex with him.

The teen was suffering in silence until another teen reported Clarke to cops. Thankfully, Clarke has been charged with 25 counts of false imprisonment, sexual battery of a minor, promoting sexual performance by a child and lewd and lascivious exhibition and remains in jail.

The second case that angered me involved the federal indictment last week of Erika Paola Intriago, 44, of Tampa, FL. Intriago, according to prosecutors, was posing as an immigration attorney and took the money of many hard-working immigrants by filing nothing but showing them fraudulent letters, emails, receipts, documents and communications claiming to be from the USCIS.

In actuality, Intriago, according to prosecutors, either never filed the necessary immigration paperwork, or had abandoned the immigration process, or the applications had already been denied without Intriago informing the victims. Intriago also allegedly threatened and intimidated immigrant victims who complained about her conduct by telling them that she would report their immigration status to U.S. immigration authorities, which she claimed would result in them being deported.

Thankfully authorities caught these two monsters preying on immigrant victims and they will now get served the full arm of the law.

But there are likely many more immigrant victims suffering in silence in communities all around the country, including even in churches.

So, what can immigrants who feel they are being threatened or victimized do, if they are undocumented and afraid?

Luckily, the US law allows anyone -regardless of immigration status – to report a crime to local or state authorities. This is especially for sexual assault victims.

Know your rights as a sexual assault victim especially since all immigrant victims of sexual assaults perpetrated in the United States are eligible for special immigration protections created to help immigrant crime victims.

These crimes allow for victim-based forms of immigration relief benefit immigrant victims who are not U.S. citizens or lawful permanent residents, including undocumented immigrants and immigrants with immigration visas. Both documented and undocumented victims of sexual assault and other crimes often qualify for immigration relief that includes a path to lawful permanent residency and ultimately citizenship based upon the immigration provisions of the Violence Against Women Act (VAWA 2000) and the Victims of Trafficking and Violence Protection Act of 2000.

Meanwhile, if you feel you have you been a victim of an immigration services scam you can always report scams to the Federal Trade Commission.

Remember reporting scams will not affect your immigration application or petition. Also, many states allow you to report scams anonymously do not suffer in silence. Help stop the unauthorized practice of immigration law by standing up to scammers and reporting them.

Know your rights and do not be afraid to speak up; speak out and report the vultures from within.

What About Your Caribbean Heritage VP-Elect Kamala Harris?

How Long Does It Take To Get A Green Card Renewed?