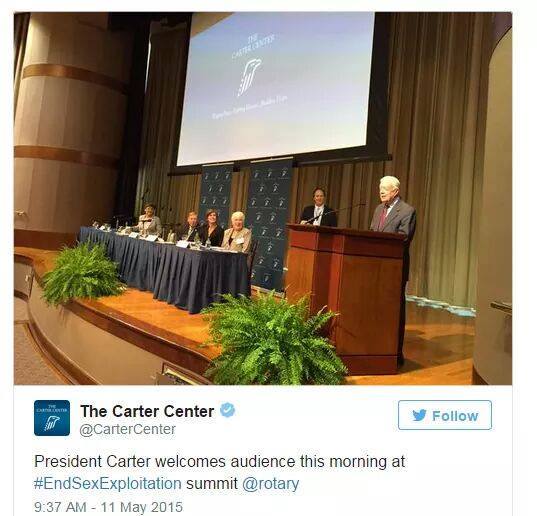 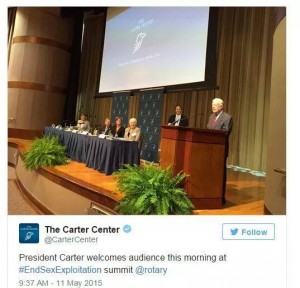 News Americas, ATLANTA, GA, Tues. May 12, 2015: Former US President Jimmy Carter cut short his election observer visit to Guyana Sunday, claiming he was unwell. But overnight the 90-year-old elder statesman had recovered to deliver the opening speech at a Carter Center event Monday in Atlanta on ending sexual exploitation.

“President Carter welcomes audience this morning at #EndSexExploitation summit @rotary,” the Center tweeted less than 24 hours after the former President abruptly ended his visit to Guyana ahead of today’s general elections.

Sunday around 11 a.m. EST, the Center had tweeted that the former President President Carter was “under the weather” and departed Guyana early after flying there to observe Monday’s election.

The Center’s election observers on the ground, including Dame Billie Miller of Barbados, however, oversaw the May 11th election.

The Caribbean Now Has Over 3,700 Cases Of The New Coronavirus