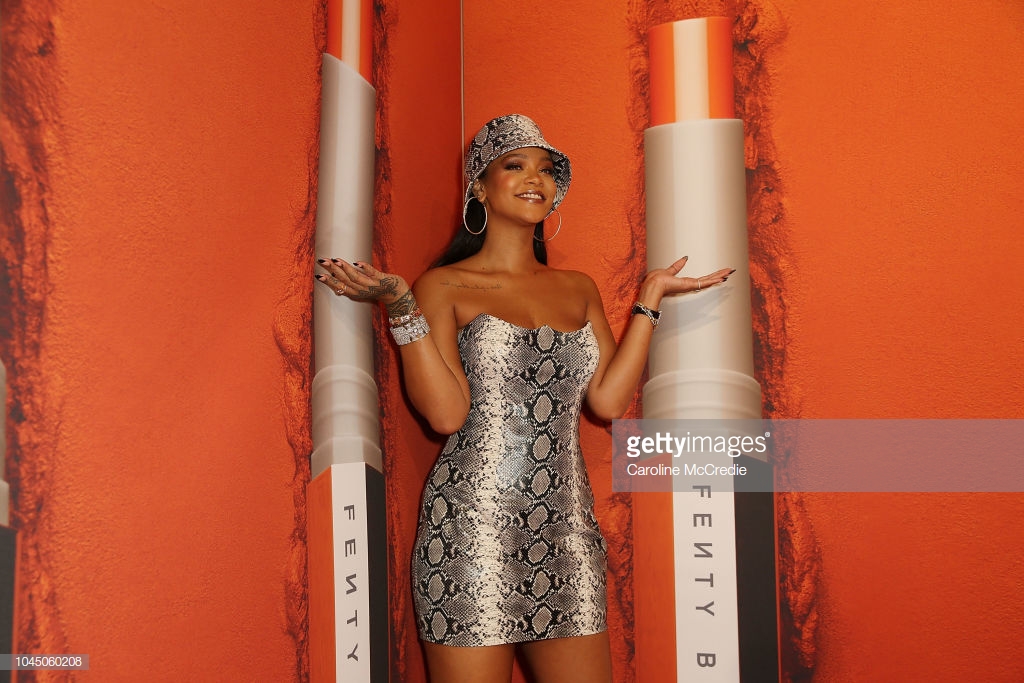 Not only is she a singer, actress, entrepreneur, ambassador extraordinaire and non-profit founder and education advocate, but now you can add get out the vote advocate, clap-back expert and Caribbean Warrior Queen.

On October 9th, Rihanna, seemed to take a hint from Taylor Swift, using her Instagram account with 65 million followers to urge them to register to vote in the US election and vote.

Ten days later, came reports that the Barbadian singer had declined an invitation to headline the Super Bowl half-time show in support of Colin Kaepernick.

Kaepernick, 30, as you may know, was the first player to kneel during the US national anthem before other players followed suit, leading to criticism from Donald Trump.

Then on Sunday, Nov. 4th, Rihanna again took to Instagram to post a photo of a white woman holding a sing that said: “Grab Em By The Midterms,” before adding her endorsement of Andrew Gillum for governor in Florida and urging all to vote for him and the amendment to restore voting rights for felons who served their time.

“You have the opportunity to make history this election,” she added.

On Monday, Rihanna reportedly sent President Donald Trump a cease-and-desist letter, after learning from a Washington Post reporter that her music was being used to hype up the crowd at his political rallies.

According to Rolling Stone, RiRi’s legal team issued the order on Monday following reports that her song “Don’t Stop the Music” was played at a Sunday campaign rally for Republican Senate candidate Marsha Blackburn that Trump attended in Chattanooga, Tenn.

“It has come to our attention that President Trump has utilized [Rihanna’s] musical compositions and master recordings, including her hit track ‘Don’t Stop the Music,’ in connection with a number of political events held across the United States,” Rihanna’s legal team wrote in the letter to Trump’s White House counsel. “As you are or should be aware, Ms. Fenty has not provided her consent to Mr. Trump to use her music. Such use is therefore improper.”

And by Monday night she was back on Instagram, urging Florida voters to vote while promoting the final Gillum rally with P. Diddy at Florida A&M university.

On Election Day, Rihanna was hard at work again, urging her followers in three different posts to vote across the country and stay in line.

“It’s ELECTION DAY America!!! The most important day for the rest of your lives…all you have is right now! TODAY!! If you’re tired of complaining about the state of the country and government, get up and do something about it!!! #VOTE … simple!!! You have no excuse, and If you live in any of these states it’s not too late to register today!! C’mon man, LETS GO!!!!!,” she posted.

She also seemed to endorse Stacey Abrams in a last-minute push and urged voters there to vote for her while urging them to stay in line with an image that read: “Don’t Let Voter Suppression Win. STAY IN LINE.”

But that’s when things got tough for one fan, who decided to question the Bajan superstar’s authority to push her voter activism messages.

After questioning the singer’s activism by asking “Are you even a US citizen? Rihanna surprisingly fired back like the Warrior Queen she is by stating: “Nah I’m just an immigrant trying to get your country together.”

Great use of your celebrity status and girl power Rihanna, go on with your bad self!