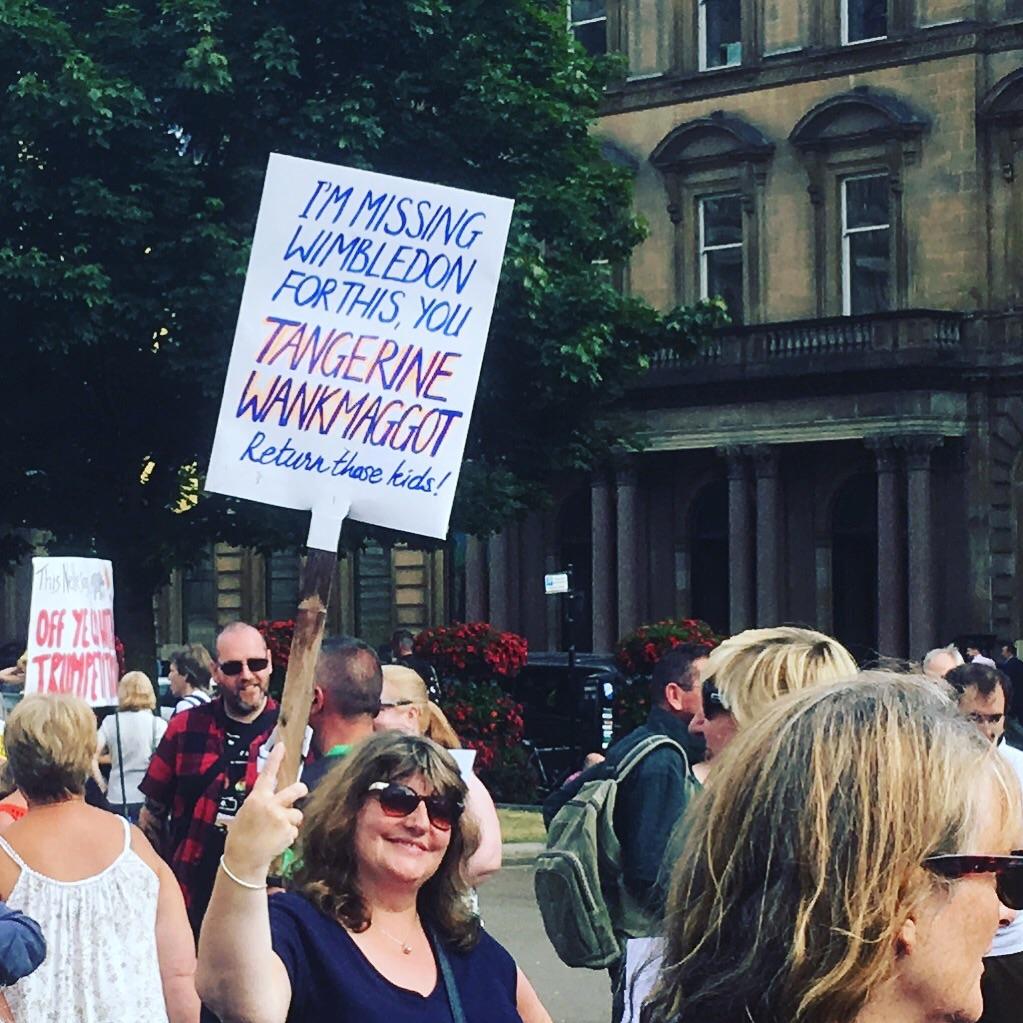 News Americas, MIAMI, FL, Fri. July 20, 2018: While most in the Republican Party are silent as Donald Trump continues to make himself a big, fat global spectacle on the world stage, lost in the dissing of America’s allies and his love presser with Vladimir Putin, was his openly racist and xenophobic comments on immigration in Europe.

Trump, according to the Rupert Murdoch-owned tabloid, The Sun, reportedly said Britain and the rest of Europe is “losing its culture” because of immigration.

He also reportedly added: “I think it changed the fabric of Europe and, unless you act very quickly, it’s never going to be what it was and I don’t mean that in a positive way.”

That’s right – “losing its culture,” changing the fabric and its “very negative.”

So what does that mean exactly? Obviously, the fact that Europe is no longer completely Anglo-Saxon as “what is (once) was,” tells Trump that the continent is becoming too dark as more black and brown immigrants make their homes there. And, as Donald the racist sees this,  not good at all and “very negative.”

Trump’s subsequent comments gave great insight into the dark heart of the man who is head of a country more diverse than the rainbow.

According to the newspaper, he said: “The situation pains him personally as the son of two EU countries.”

That is, the grandson of a German immigrant, whose family was so ashamed of its German roots through two world wars that Trump continued to pretend he had Swedish roots at the time he put his name to ‘The Art of the Deal.’

In the same article, he attacked the Mayor of London, Sadiq Khan, whose parents are Pakistani immigrants by claiming Khan is responsible for the terror attacks on the British capital. A typical White nationalist/KKK response!

Further, much like he has frequently done in the United States with Democrats, he blamed the Labour Party in Britain for doing “a very bad job on terrorism” by allowing so many migrants to come to the city; much like his lies about immigrants coming to the US and committing crimes.

The irony is that his remarks came as a diverse 23-member soccer team, made up of 15 black immigrants and children of immigrants whose roots extend to Africa and the Caribbean, helped hand France a win in the 2018 World Cup. Trump even had the audacity to congratulate the team on Twitter on the win, ignoring the fact that the team’s diversity ran counter to his ignorant comments of days earlier.

Europeans who protested Donald Trump in huge numbers must be applauded. They helped to show the world that racism, bigotry, ignorance and xenophobia have no place in the world in 2018 and sent a clear message to the man now cleverly dubbed, “Tangerine Wankmaggot,” by one brilliant Scottish national.

Now world leaders who keep on thinking there is anything to be gained from building a relationship with the xenophobe who currently occupies the White House must recognize they are wasting their precious time and ask themselves: Would you have negotiated with Adolph Hitler?

Back here in the U.S., as thousands of children continue to be separated from their parents because the President of the United States believes in his heart they need to be caged and deported in order to prevent them from further changing the fabric of these United States, voters with any sense of right and wrong must vote to take back the Congress in order to put the brakes on the racist running wildly around the world claiming to represent American values and ideals. Vote or liberty is history!

Why Did Hispanic Voters In Florida Shift So Far Right? The Answer Lies In One Word!